In this post, I will explain a psychological pattern.

A pattern that, when I realised how it was affecting me, changed how I operate in business, in my relationships, and in life in general.

This pattern is called confirmation bias.

I honestly believe that it is one of the biggest factors in determining whether you reach your goals — and whether a business sinks or swims.

Have you ever wondered which mental processes are triggered when you get an idea or form an opinion?

You know what happens with me? I immediately try to strengthen and defend the idea or opinion. I seek confirmation from data, peers, and elsewhere. Confirmation that the idea is good and worth pursuing.

That’s a good start, right? It can actually be pretty catastrophic if it’s all you do. And for many of us, unfortunately, that is the case.

What kind of a bias are we talking about? In this case, a cognitive bias. A bias is a systematic, hardwired tendency — and, in many cases, an error — in our brain, which affects our decisions and judgements.

Confirmation bias is triggered when we want something to be true. When we get an idea, and then seek out and judge information and data in a way that intentionally confirms that belief. Basically, you want to be right, so you work to make that the case.

Confirmation bias was first introduced by the psychologists Daniel Kahneman and Amos Tversky in the 1970s. In 2011, the concept of cognitive biases got its big breakthrough to a wider global audience through the very popular book by Kahneman, a book that I highly recommend, called “Thinking fast and slow”. The book has been rated at 4,2 out of 5, by more than 200.000 users of the book review site Goodreads, which is a clear testament to its popularity and impact.

The idea of a confirmation bias is the most interesting and important thing I took away from that book. So, let’s get back to that.

When we launched a market to soon
At the beginning of 2017, I got the idea to expand into a new market: Sweden. At that point in time, we were not profitable in our founding market, Denmark, and just six months before that, we had launched in Norway and had not yet gained a satisfying level of traction. I was hooked on the idea of launching in Sweden fast and did everything I could to seek confirmation that the idea was good. And I used that data to obtain commitment from the rest of the team.

Fast-forward one year: we made the decision to pause our activities in Sweden altogether and wait. Wait for a time when we are ready to do it properly. When we have enough power and focus to succeed. In retrospect, we were nowhere near ready or prepared back in 2017 and the idea should have been killed. But it wasn’t — due to my confirmation bias. We are now preparing our next market launch — this time fully prepared, with the adequate resources and a set of metric targets that are not affected by confirmation bias.

When we saved time, energy and focus
At the beginning of 2019, we were about to prepare and launch a brand-new business vertical to our platform offering: Group experiences.

We had the belief that we could build a service that is way better than what is currently in the market — and thus create a new revenue stream closely tied to our core business.

Halfway through the process of planning this project, we decided to hold a session where we challenged our thinking and confirmation bias. We knew we had a good business case, but decided to:

Within a few hours, we established that we had to stop the project and save it for later, because we clearly could not build, launch, and operate it properly amid the high growth volume our core business was undergoing.

Learn from Ray Dalio and Bridgewater

One of the best books I have read in recent years is “Principles” by Ray Dalio. The essence of this book, for me, was that Bridgewater Capital — one of the largest investment firms in the world, run by Mr. Dalio — is in the “champions league” of finding the truth. Of not being a victim to confirmation bias. It is an ingrained part of that company’s culture always to challenge ideas and play the devil’s advocate on ideas and opinions.

There is so much gold in that book related to challenging one’s thinking and always seeking feedback on ideas from the most knowledgeable people within a field.

To give you an idea of Ray Dalio’s resentment towards decisions, made due to a closed mind and — as I interpret it- confirmation bias, this highlight that I have made in the book, is a great example:

“Holding wrong opinions in one’s head and making bad decisions based on them instead of having thoughtful disagreements is one of the greatest tragedies of mankind. Being able to thoughtfully disagree would so easily lead to radically improved decision making in all areas — public policy, politics, medicine, science, philanthropy, personal relationships, and more”

Learn from Tim Ferriss and guests

The Tim Ferriss podcast is great. It hosts so many amazing guests, who deliver so much knowledge and inspiration throughout the podcast format, that it often lasts for several hours. One of the things that stand out for me from the podcast is a conversation Tim Ferriss had with a guest, where the guest talked about developing the habit of asking the right questions in order to receive the right feedback. Instead of seeking confirmation from peers, the guest talked about making it a habit to ask questions like, “Where could I be wrong about this?”.

I can’t remember the guest in the specific episode, but will update this post with the guest name and link, if I find it later on…

As a CEO of a fast-growing company with immense potential, one of my most important responsibilities is to make sure that confirmation bias is fought against throughout the company. That every decision is based on objective information and data, and that we — at the very minimum — always try to put ourselves in the shoes of the customer. That little exercise can be the most effective cure of confirmation bias, and thus the birth of bad ideas.

It takes practice to think about and judge ideas from a customer’s perspective, and the process will always include some margin of error. Asking real customers is even better, obviously. The key here is to ask the right questions. Instead of asking “What do you think?” or “What do you like about this?”, ask instead “What about this doesn’t work?” or “Is there anything in this that could stop you from doing the action X?”

Fighting confirmation bias will always be an act of balance because, as a company, we want a stream of new ideas. And all ideas should have a shot — the tricky part is to figure out which ideas are worth investing time and money in and which are not. Getting confirmation bias out of the way increases those odds immensely. And that requires everyone to be aware of this human psychological flaw, which was the point of this post. A post that I got the idea for and then started building confirmation around… 🙂

Excited about biases? Great. I recommend that you continue your reading with the great Cognitive Bias Cheat Sheet — and read Thinking fast and slow. 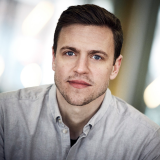